Safety issues remain one of my big concerns.  I have several pieces of legislation that I hope will move forward in the 2017 session, including bills relating to allowing law enforcement to enter bars to enforce underage drinking, regulating hazards around airports and monitoring foster children who age out of the system. 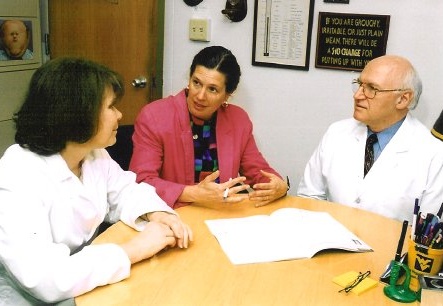 We have serious problems with alcohol and substance abuse in our community and our state.  Students have died and many do not succeed in college because of alcohol abuse.  To address this, I will be re-introducing HB 2479 (it will have a new number) to allow law enforcement to enter bars to enforce underage drinking.  This bill passed the House two years ago and was on third reading on the Senate side when it was taken off the agenda at the request of a member who is no longer in the Senate.  I am hopeful that we can get some momentum and get it passed this year.

At the request of the Todd May family, I will be re- introducing HB 4332 (it will have a new number) which mandates that bars carry liability insurance.  Deputy May was killed by a drunk driver who was served alcohol at a local bar that had no insurance.  It was shocking to realize that our Alcohol Beverage Commission regulations do not include a requirement that bars maintain insurance coverage.  The May family wants to do everything they can to prevent future injuries and fatalities and to ensure other families do not have to suffer from drunk driving accidents.

I have long been concerned that our foster children fall off the face of the Earth when they reach the age of 18, which is why I introduced HB 4661.  This bill, which will be updated and have a new number in 2017, creates a unit in the Department of Health and Human Resources to track and provide services to young people aging out of foster care.  Without this tracking information, we have no way to know whether former foster children older than 18 are imprisoned or homeless.

I worked with two University High School students on legislation that would ban the sale of furniture or children’s products that contain flame retardants made up of cancer causing chemicals.  Combining pieces of legislation passed or introduced in other states on this topic, the final result was HB 4609.  This bill will be updated and have a new number.

The City of Morgantown asked our local delegation to introduce legislation that would allow counties and cities to establish a joint airport hazard comprehensive plan.  In 2016, I sponsored HB 4664, to address a problem that may exist in other areas with airports.  The Federal Aviation Administration requires airports to have a hazard plan that would ensure that planes will not encounter skyscrapers as they approach or depart from the airport – there need to be height limitations on structures surrounding the airport.  Both cities and counties have the power by ordinance to restrict buildings for safety reasons, but this legislation is needed because the airport is a city facility, and there are some pieces of property that are not in the city that could present a hazard to incoming or outgoing airplanes.